The Mediterranean Center of  Environment (MCE) and the 5 European partners of the project Acting for Responsible Tourism (‘ATRE’) are preparing the suitcases of Low Carbon Travel!

In synergy with ATR (France), as leader, AITR in Italy, KOAN in Spain, UPAV in Belgium and Travelpro Formations in France, the ‘ATRE’ project consists in

involving both producers and consumers of travel and tourism services in the fight against climate change and creating a community of adults active in the production and consumption of more responsible and low-carbon travel.

The project plans to produce three digital tools (a MOOC, an application and an online game) to educate adults on the issues (why act?) and best practices (how to act?) in the fight against climate change to meet the objectives of the Paris Agreement and the European Green New Deal.

The official launching meeting took place in Bologna in March 2022.

The development of tools is underway…

Follow us in the discovery of the tourism of tomorrow! 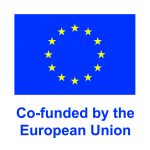 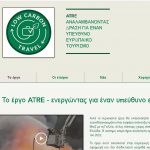