REMEE – Rediscovering Together the Memory of Water

ean Center of Environment was partner of REMEE (Rediscovering Together the Memory of Water), a Euro-Mediterranean co-operation project aiming at the safeguard of the Mediterranean water heritage.

Water heritage in rural areas, such as canals, wells and foggaras, is in danger of being abandoned due to changing ways of life and modern techniques. The same story applies in urban areas with fountains, Turkish baths and public baths, etc.

Its safeguard is nevertheless a key issue:
• To retain examples of good practice water management.
• To support plans for new development such as those in the agricultural or tourism sectors.
• To respond to the requirements of populations which still rely on traditional systems and practices.

From January 2009 to June 2011, under the coordination of APARE, REMEE brought together a group of seven project partners from Algeria , France, Greece, Morocco, Tunisia and Turkey to promote the safeguard of physical vernacular heritage (architectural or landscaped) and non-physical heritage concerning water management to decision-makers and citizens.

Through inventory, educational programmes and demonstrative local projects, REMEE emphasised to the general public the uses and practices of water management and their heritage asset.

During the Mediterranean educational programme of REMEE called “Young People: Stakeholders in Water Heritage” more than 1000 young people were engaged in Algeria, France, Greece, Morocco, Tunisia and Turkey for rediscovery and safeguard of water heritage.

4 local demonstration projects took place, and among them, at Hammamet (Tunisia), the creation of an educational garden with local young people, the creation of a discovery trail through the orange groves and its water heritage, a programme of cultural activities.

A mobile exhibition and a discovery guide were produced for general public sensitization.

Six partners from France, Tunisia, Algeria, Morroco, and Turkey worked on this project with the MCE:

Rediscovering the memories of water in the Mediterranean 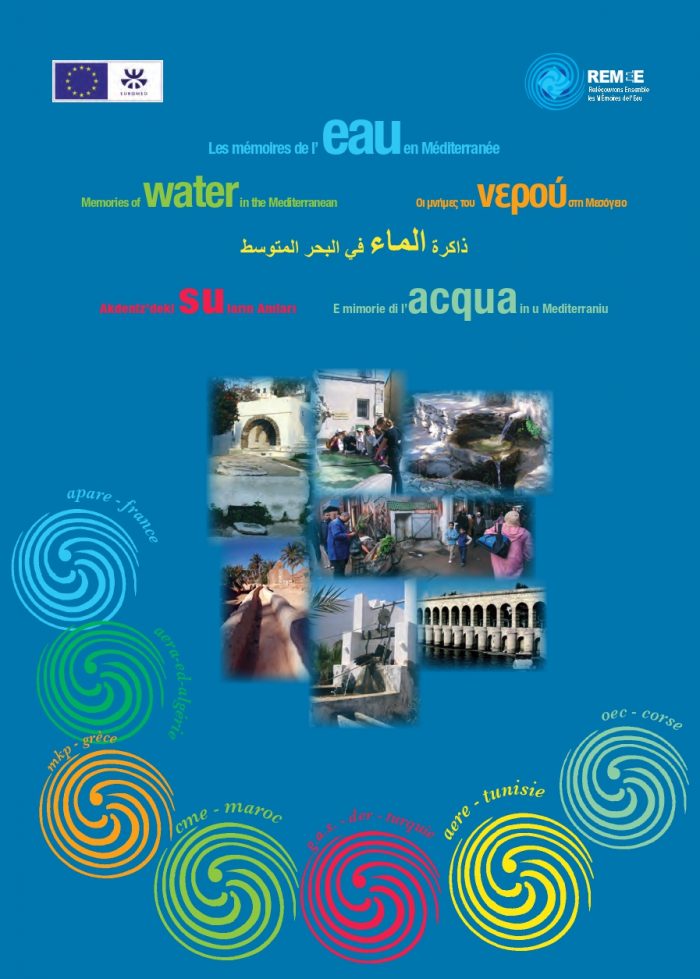